There are many shrines in Japan with this name, for example in 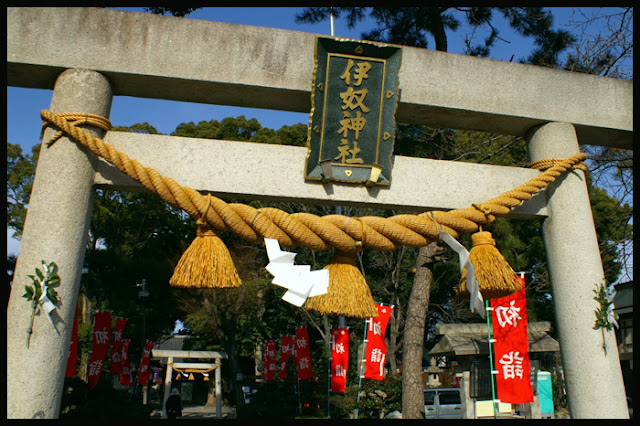 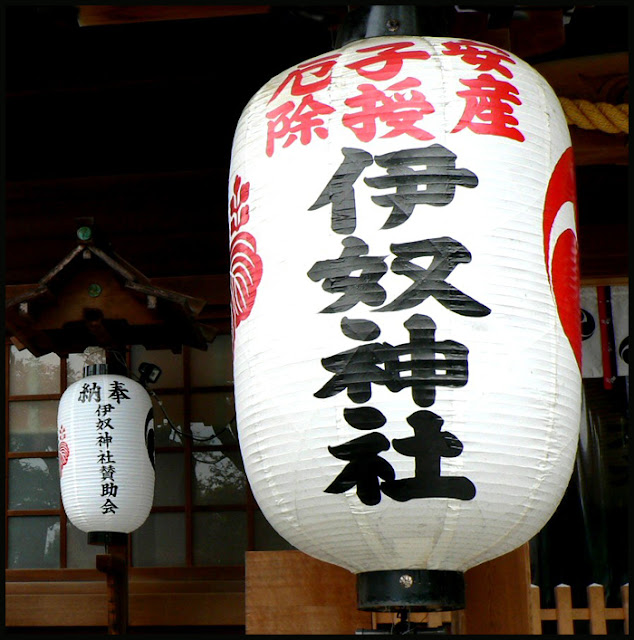 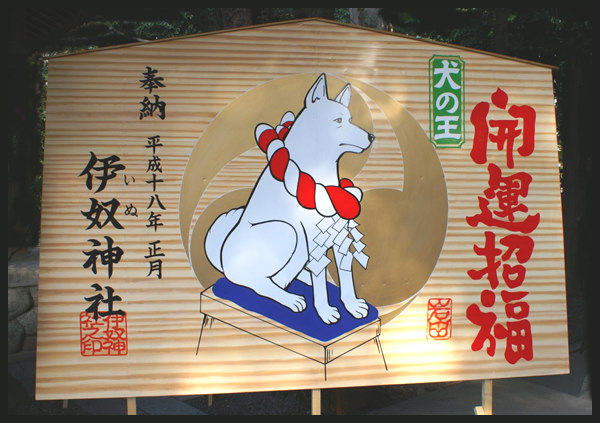 The shrine dates back to the year 673, when rice harvested in the region was given as offering to the Emperor Tenmu Tenno 天武天皇 in a ritual called Engishiki 延喜式.
So its history is now more than 1330 years old.

Once upon a time
there was a severe flooding in the region. The farmers asked a Yamabushi priest for help. The priest made a ritual wand (gohei御幣), placed it near the river and held a prayer session. In this year, there was no flooding and the farmers harvested a rich crop.
When the curious farmers opened the ritual wand, they found pictures of four dogs and the words "king of the dogs" Inu no O 犬の王" written on paper.
But because they had been so curious and opened the wand, the spell was lost and flooding occured again.
The mountain priest now told them: "Take the broken wand, bury it in the ground and build a shrine on this place."
Since then, flooding finally eased in this region. 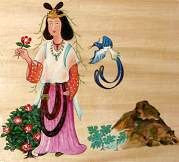 The deity Inuhime no Kami 伊奴姫神 is only worshipped in this shrine.
Since a dog gives an easy birth, a pregnant woman has to come to this shrine on the day of the dog in the fifth month of her pregnancy and get a special white maternity band for her stomach (iwataobi, iwata obi 岩田帯) .
Some women by that band at the shrine, others buy it in a shop and bring it here for a special purification ritual before using it. 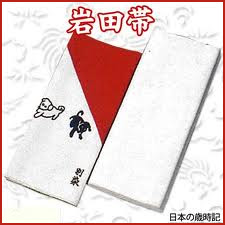 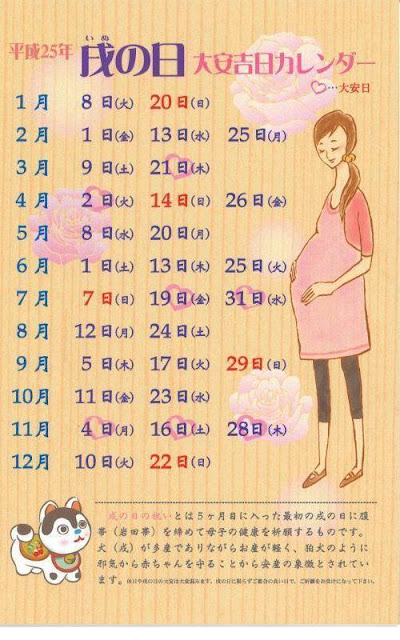 Calendar for 2013 with the "Dog Days" -戌の日カレンダー
Each month has two or three of these special days.

Inuhime no Kami is also helping women in getting pregnant.
And after a baby is born, it is presented to the deity with a special thanks ritual.
source : inu-jinjya.or.jp 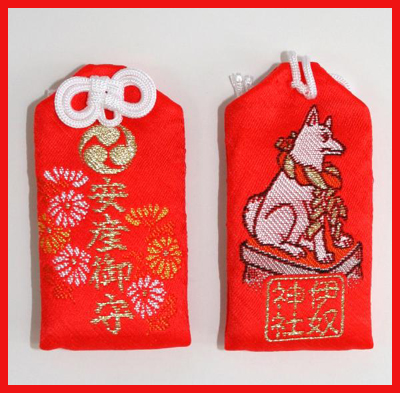 amulet for an easy birth

The third deity, Inuhime-no-kami, is associated with safe delivery during childbirth and also for good health of children. It is said that in the year 673 Emperor Temmu came and harvested rice in the area surrounding the shrine.
It is believed that the shrine came into existence around that time. It is also believed to be the origin of the name of the area ‘Ino-cho’. Since the name of the shrine is Inu jinja, this shrine is very famous amongst people having dogs as pets or dog lovers. This is because the Japanese word for dog is ‘inu’. However, it is just the phonetic pronunciation of ‘inu’ that is similar, and actually the kanji character for dog is different than that of this shrine.

To the right hand side of the main altar, there is another building named emaden 絵馬殿. ... Common wishes are for success in work or in exams, marital bliss, to have children, and health.
People born in the year of the dog、戌年生まれ come here to pray. 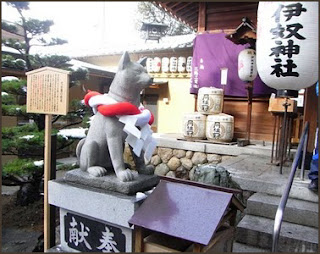 A stone-carved guardian dog named inu-no-sekizoo 犬の石像 is displayed in front of the main altar of the shrine. This guardian dog is associated with safe delivery during childbirth. 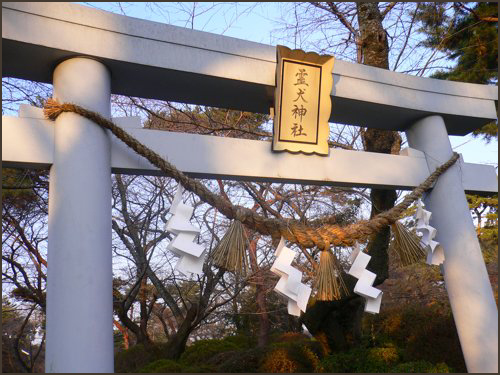 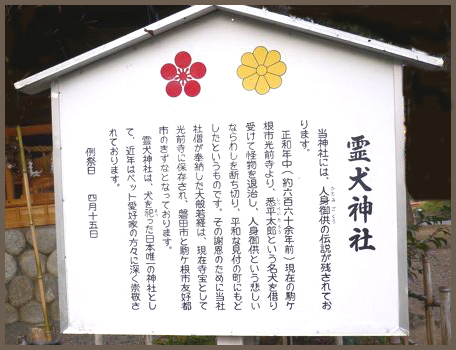 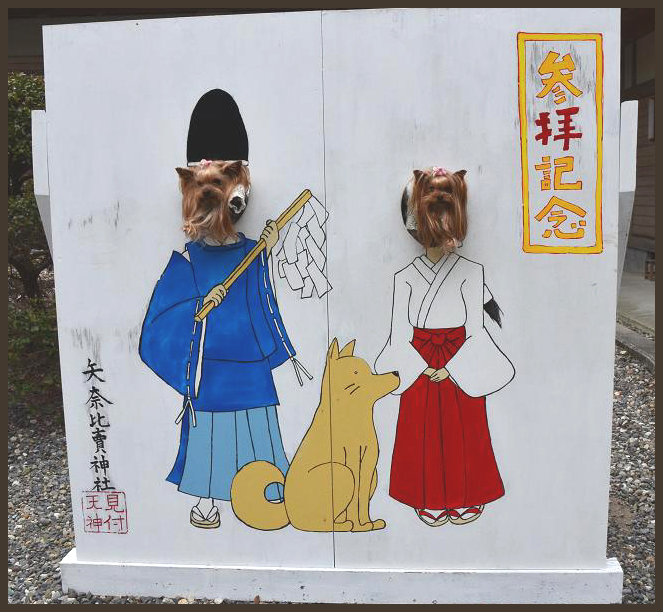 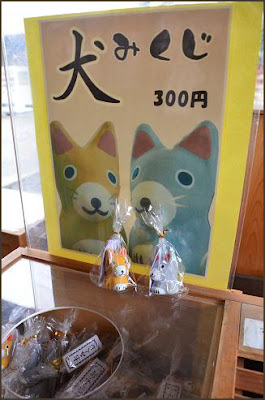 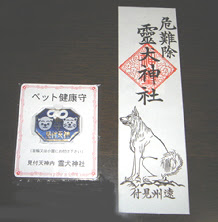 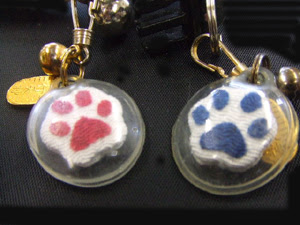 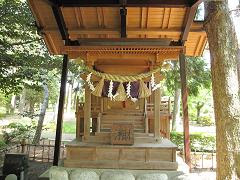 The dog venerated at this small shrine is
Shippei Taroo しっぺい太郎 / 悉平太郎.
It is the only dog venerated as a deity in Japan.
source : daturyok/sizu/mituke 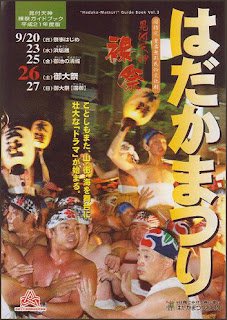 quote
Mitsuketenjin Hadakamatsuri
This is the grand festival of Yanahime Shrine (Mitsuketenjinsha) held on the Saturday and Sunday right before August 10 of the Lunar Calendar, and is called Hadakamatsuri (naked festival)" because men wearing a Japanese loincloth (called fundoshi) with a straw raincoat on around their waists dance wildly in the hall of worship of Yanahime Shrine and various sites of Mitsuke.
28 groups make four teams, walking around the town barely naked to the shrine. They wage a fierce battle dance called "Oni-odori 鬼踊り" (devil's dance), screaming "Oisho! Oisho!".
The festival is held when the enshrined deity of Yanahime Shrine passes to Omi Kunitama Shrine, the Sosha of Totomi-no Kuni. Since the festival retains its ancient ritual condition, it was designated as a state important intangible folk cultural property on December 27, 2000.
source : bunkashisan.ne.jp


quote
Kuroinu Shrine in Kiganji Temple
enshrines the ledendary undefeated sacred black dog named Kuro which is said to have been one of the wolves sent from Harunosan Daikoji (Kiganji started as a shugendo(Buddhism-Shinto hybrid) temple in 8th century so the temple also had shrines). 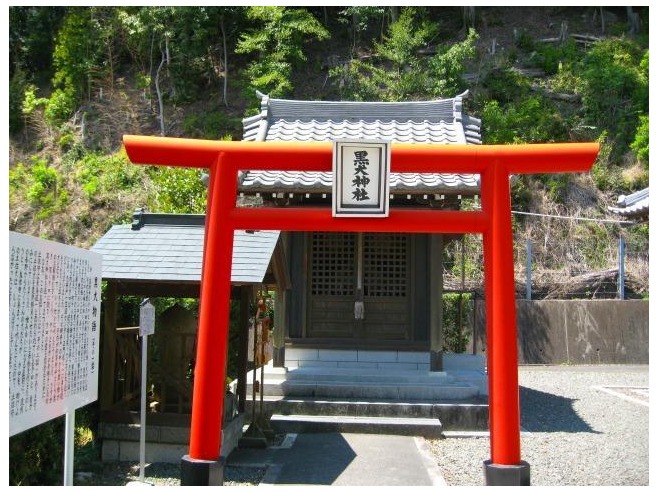 About 200 years ago when Tanaka castle was ruled by Honda clans, the lord of Tanaka castle challenged Kuro against his white dog. Kuro defeated the lord's dog but that angered the lord and he ordered his men to behead the black dog.

Kuro outran the pursuers but he was finally cornered at the old well of the temple. He had to throw himself into the well. Then with eery shrieks, the sky darkened with black clouds and came thousands of wolves from Harunosan. Lord of Tanaka castle then felt ashamed of what he has done to the sacred dog and made a shrine to appease the dog's soul.

Today the figure of Kuro is surrounded by the figurines of cute doggies including those of Peanut's Snoopy donated from the visitors all over Japan. People who visit the shrine pray for winning the games, and for his/her pet's health.
source : members.virtualtourist.com 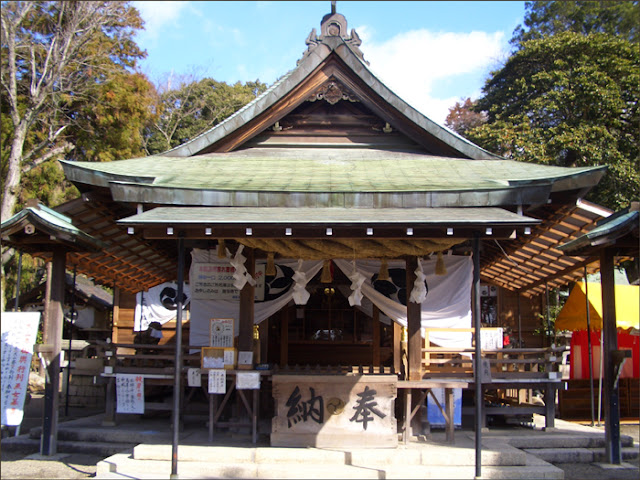 During the Edo period, Inuyama was a sub-domain of the Owari Domain, entrusted to senior retainers of the Nagoya-branch of the Tokugawa clan.

The shrine was located in the south of the castle of Inuyama 犬山城.
The first lord of the castle and his Naruse clan 成瀬氏 are venerated here.
© More in the WIKIPEDIA ! 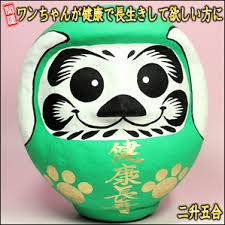 
Thank you for writing this blog, I think you have deciphered the mystery behind the association with Akitas and children.
It is NOT children, but Child Birth!!! I hope some day to visit these shrines. I have visited a Kuro shrine in Kitakami and of course, the Akita museum in Odate.

Many thanks, Puller Lanigan