- quote
The term is used frequently to refer to a soul that no longer possesses individual characteristics.
As Yanagita Kunio has shown, for a certain period of time (thirty-three years in many cases) after death a soul receives memorial services and is called a shiryō spirit of the dead). This is distinguished from a sorei, which has lost its individuality. Some posit that sorei may be further elevated to become deified spirits (shinrei, mitama).
A family or a community may worship deified ancestral spirits as their "ancestral deity" (sojin) or "tutelary deity" (ujigami).
source : Nishioka Kazuhiko,Kokugakuin 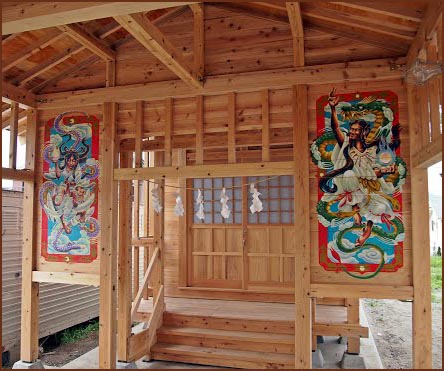 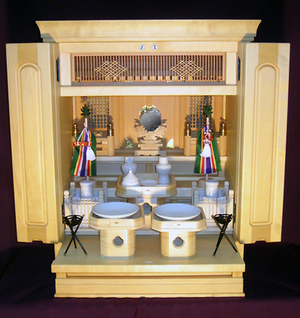 - quote
Progenitor kami of a clan. Here a kami is not viewed as a transcendental being but rather is a concept within the genealogical relations of living people. A synonym of sojin is oyagami (parental deity), where oya does not necessarily refer to a progenitor but rather has a more general, comprehensive connotation. It is based on the belief that all human beings are descendents of kami. The term sojin does not always imply an ancestral deity of a certain bloodline or particular locality. Amaterasu, the ancestral goddess of the tennō (emperor), is a good example.

The progenitor deity for some important historical clans are noted below:

The phrases such as "sumera ga mutsu kamurogi" (cherished ancestral deity of the tennō) in the Great Purification liturgy (oharae kotoba) archived in Engishiki, or "waka mutsu kamurogi" (our cherished ancestral kami) referred to in the Kōtoku chapter in Nihongi both suggest a familiar and beloved parental kami. This traditional view has a strong connection to the idea of a parental deity in modern new religions.
source : Nishioka Kazuhiko, Kokugakuin 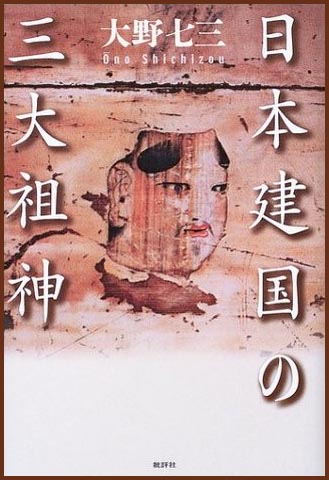 - quote
"Parent deity," an extension of the image of parenthood to kami, expressing the belief that kami care for human beings in the same way that human parents care for their children. The term is believed to describe the close relationship between kami and humans, one embodying a particularly intimate affection toward the kami.

The concept of "parent kami" can be found in at least two forms:
(1) a somewhat abstract concept of oyagami which has existed since ancient times and
(2) a more or less doctrinally codified concept which developed as a part of sectarian Shintō and Shinto-related new religions.
This article will discuss the latter concept.

Certain of the Shinto sects understand the entirety of nature, the world, or the cosmos to be a living entity, a life-current or interlinked vitality which overflows with productive power, one which is undying and without end. In turn, the original source or root of that interlinked vitality is sometimes expressed as oyagami, a term used to describe the original or ultimate existence which endlessly gives birth to all things.
From this point of view, it is thought that human beings are "apportioned spirits of the kami" (kami no bunrei), or "offspring of the kami (kami no ujiko) whose lives have been bestowed or loaned to them by the kami.

Based on this concept, a doctrine developed which suggested that human beings, as "children of kami," are originally of the same substance as kami, and thus harbor the potential to reach the state of kami within themselves. For example, within the new religion of Tenrikyō, the main deity is called "Oyagami," and the sect founder Nakayama Miki is known as "Oyasama"; this kind of common use of the word "parent" (oya) affixed before the kami serving as the subject of worship is thought to be a reflection of the Japanese people's traditional apprehension of the meaning of kami.
source : Fukushima Shinkichi, Kokugakuin

On the island Mikurajima 御蔵島 there is no temple any more, only a soreisha shrine 祖霊社 to celebrate during O-Bon, O-Higan and other festivals.
So now they celebrate this festival twice a year during the equinox. During the rituals, girls of the age of 15 are allowed to wear a long-sleeve kimono for the first time, to present them to the ancestors as "little women".
After a ceremony at the shrine, people eat mochi ricecakes and sweets in white and red auspicious colors.
source : satoyumi 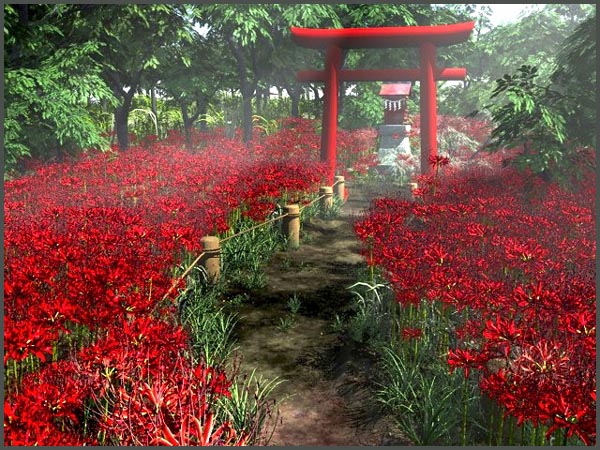 breaking a late chrysanthemum
I hear the voice
of the ancestor spirits . . .