Yama no Kami of a Satoyama village forest is usually anonymous.

But many high mountain peaks have their own protector deity. 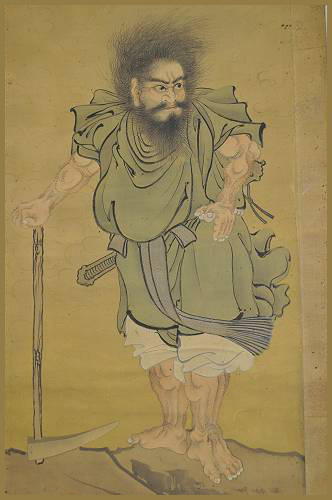 Sankichi san was a very huge, strong man who could carry a cannon in both arms while walking the mountains.
He was born in 稲庭 Inaniwa and would win any bout of Sumo wrestling with ease.
He worked for a merchant for some time and when the apprenticeship was ended, the merchant told him to carry whatever he could and take it back home. Next morning the master looked in his barn and found that all the rice had gone and only two bundles were left. Sankichi had carried all of them on his back.
Once there was a fire and the six-year old daughter of a relative was seen on a roof, putting out the blaze.
Later they thought this must have been Sankichi, shapeshifted in the form of a young child.

When the army was in trouble during the 日清戦争 Sino-Japanese War in 1895, Sankichi came carrying a cannon and helped them to fight the enemy. 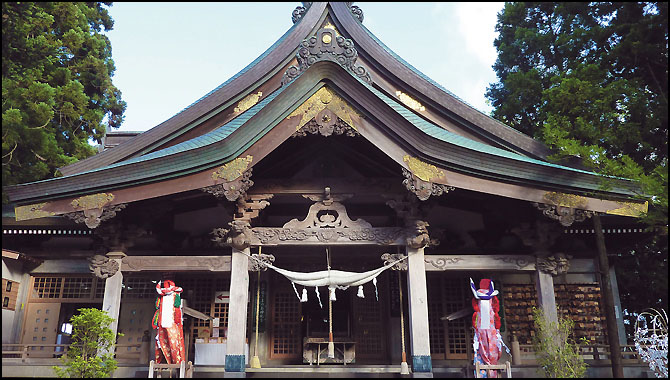 At the shrine 三吉神社 Miyoshi Jinja he is venerated as 戦の神様 a god of war.
三吉 Miyoshi is another reading for Sankichi. 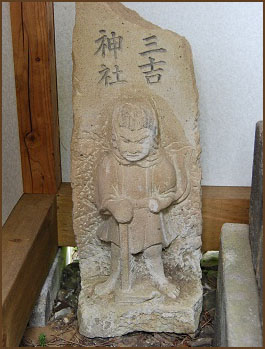 - quote -
The Miyoshi Shrine is a Shinto shrine built in 673 AD (originally at the top of Mt. Taihei, it was rebuilt at this location in 1977) that sees over 800,000 visitors a year. Like most other shrines and temples in Japan, it gets crowded in the New Year when people come to wish for good health, prosperity, and happiness. ... Where today ordinary people and middle aged business men pray at this shrine, the Edo period saw the Satake samurai clan as one of many who paid regular visits to the Miyoshi Shrine.
The torii or gate at the shrine
has on display two komainu statues, lion-dogs that are meant to guard the entrance. One statue has its mouth open, the other closed. The open mouth, as if to say ‘ah’, symbolises birth. The closed mouth, as if to say ‘um’, symbolises closure or death. Together, the two forces protect the shrine from evil spirits and welcome those coming to worship and pray.
- source : en.japantravel.com/akita... - Victoria Kamila 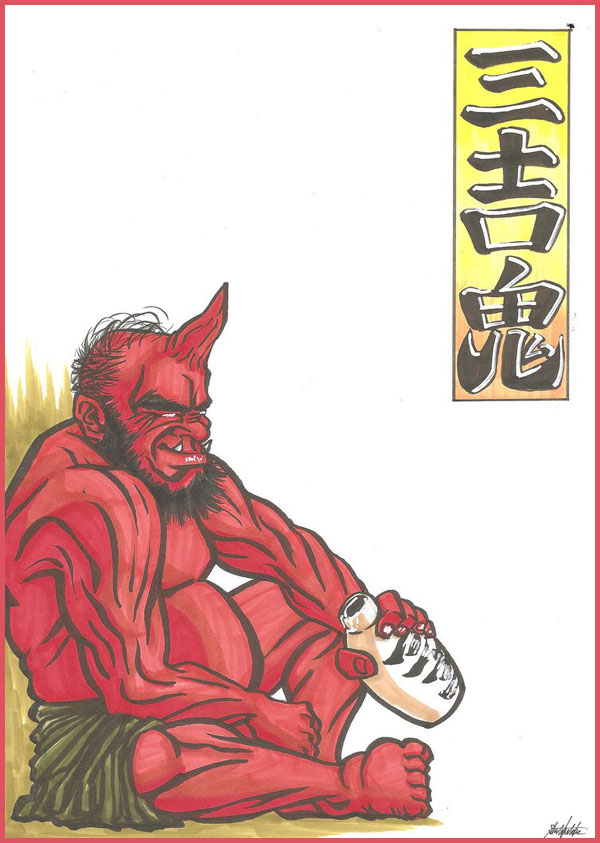 Sankichi Oni is a Japanese Yokai monster folklore in Akita Prefecture.
Sankichi Oni loves drinking. It appears at a local pub from a mountain it lives. Sankichi Oni always leaves without paying, but it'll come back in midnight and leave logs which are 10 times more valuable than the bill of its drink. However, that only happens when not asking for payment. If asked for payment, Sankichi Oni would curse.
- source : shotakotake.deviantart.com/art/Sankichi-Oni... - 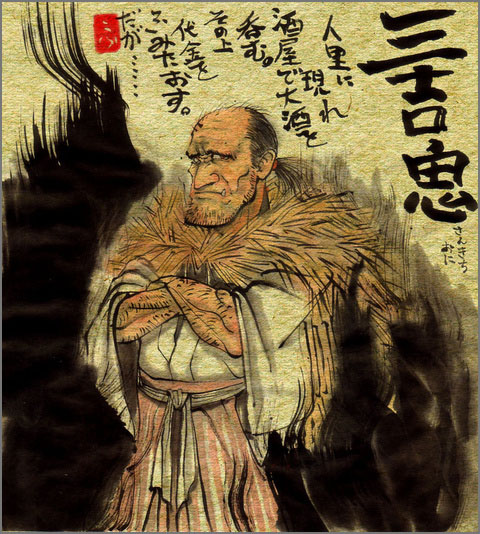 This strong Sankichi would also help villagers to move heave luggage in exchange for a barrel of Sake ricewine. Even the local Daimyo Lord sometimes made use of his strength.
The legends about the Demon Sankichi eventually concentrated around Mount Taiheizan.

. sanki 山鬼, yama no oni 山の鬼 Mountain Oni Demon Legends .
Yama Kijin 山鬼神 Sankijin Mountain Demon Deity
Once the pious mother got lost in the mountains. Eventually they heard that she had become the wife on the Mountain Demon Deity from 太平山 Mount Taiheizan.
Her friends tried to bring her back, but could not find her. Later she came back, telling them she also went to 出羽三山 the Three Mountains of Dewa.

sangaku shinkoo 山岳信仰 religion of the High Mountains is a different matter.