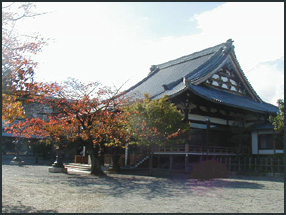 
When Matsuo Basho visited the temple in 1684, the head priest was the haikai poet
Ootani Takue or Takkei 大谷琢恵 Otani Taku-E, haikai name Koeki, Ko-Eki 古益.
Ko-Eki was also a haikai student of Kitamura Kigin 北村季吟 and thus a "haikai brother" of Basho.
They had a haikai party with other poets.

quote
Kuwana-juku (桑名宿, Kuwana-juku)
was the forty-second of the fifty-three stations of the Tōkaidō. It is located in former Ise Province in what is now part of the city of Kuwana, in Mie Prefecture, Japan. It was located on the western shores of the Ibi River 揖斐川 and is considered to be the eastern most point of the Kansai dialect. It is 28 km from the preceding post station of Miya-juku.

Kuwana-juku was located in the castle town of the Kuwana Domain. It is connected to Miya-juku through the Pass of 28 km (七里の渡し, Shichiri no Watashi) and served as the entrance for those going towards Ise Grand Shrines. Some travelers along the road would take ships across the inner Ise Bay from Miya-juku (located in present-day Nagoya near Atsuta Shrine) to Kuwana, thus avoiding numerous river crossings. 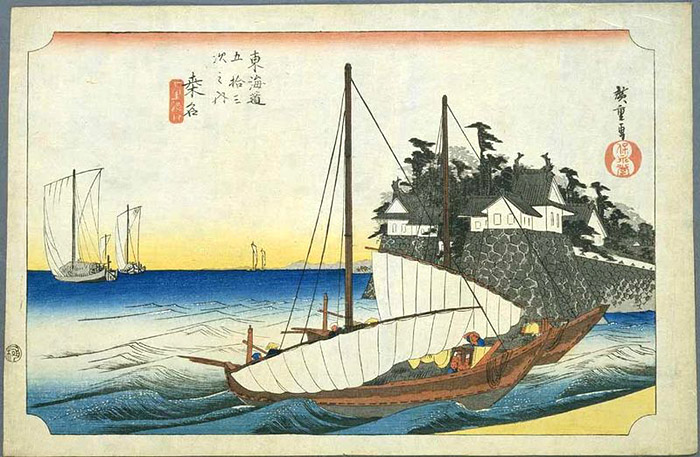 The classic ukiyoe print by Ando Hiroshige (Hoeido edition) from 1831-1834 depicts the tow large ships moored in the Kiso River, with other ships sailing away in the background.

At the end of the Edo period, Kuwana-juku had two honjin, four wakihonjin and 120 lesser inns.
During the Edo period, Kuwana was directly on the shores of the river, but after the Kansai Railroad built Kuwana Station, the city center was shifted further to the west.
© More in the WIKIPEDIA !

. From Kuwana along the 伊勢街道 Ise Kaido . 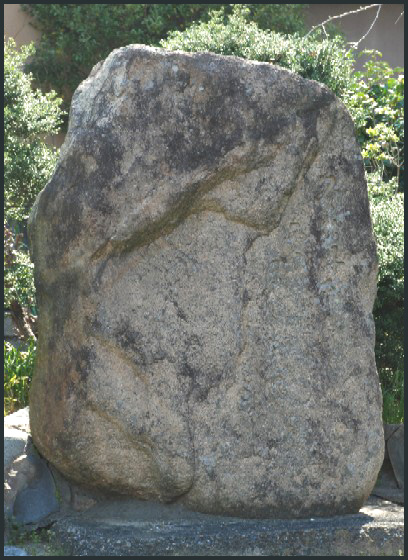 The original memorial stone of the Edo period had been lost, this is a replica from 1937.

winter peonies
and plovers, like
cuckoo in snow
Tr. Barnhill


Winter peonies:
shall we call the plovers
cuckoos of the snow?
Tr. Helen Craig McCullough 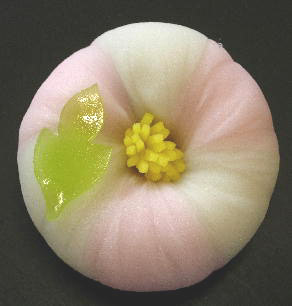 A winter tree peony
Makes me feel the plover were
A cuckoo in the snow!
Tr. Oseko
source and haiku sweet : kikyou0123


Mid-winter peonies
And a distant plover singing,
Did I hear a cuckoo
In the snow?
Tr. Yuasa 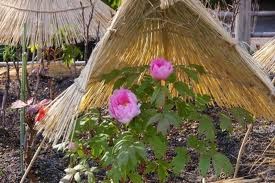 . WKD : fuyu botan, fuyubotan 冬牡丹 winter peony .
kan botan 寒牡丹 "peony botan in the cold"
They usually blossom in early summer, but their buds are taken off to make them flower in winter. They get a little straw cover to keep out the severe cold.


One member of the haikai party, Tani Bokuin 谷木因 wrote the following: