Coming from Kyoto and having never seen the sea, the pilgrims from olden times had the first chance to glance at the sea from the slope behind this shrine. 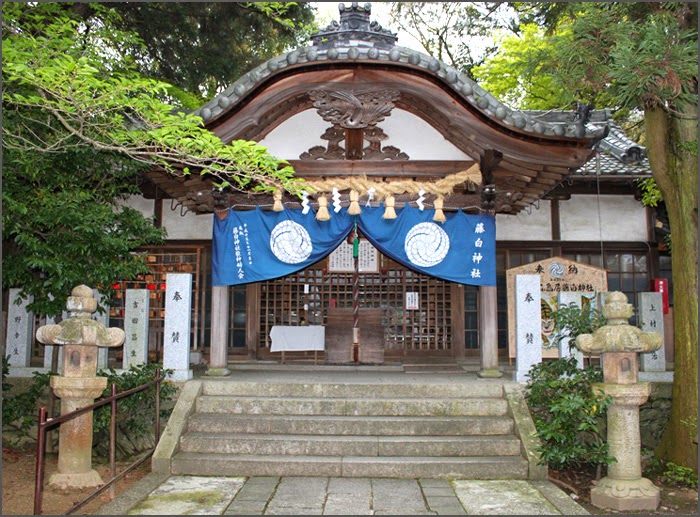 crest of the Shrine 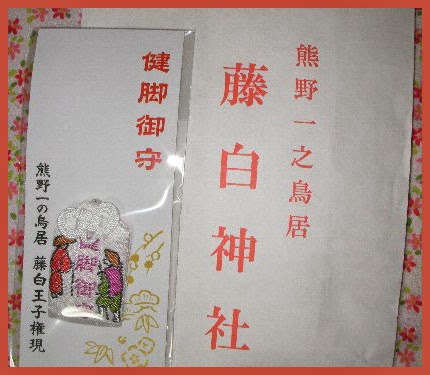 Amulet for strong legs, since the main road to Kumano begins here.

amulet for the Suzuki family 鈴木家のお守り

Arima no Miko 有間の尊 Arima no Ooji 有間王子 the Prince Arima
(640-58) only 19 years when he was killed.

He was the son of emperor Kootoku 孝徳天皇 Kotoku. His mother was Otarashi Hime 小足媛（おたらしひめ), daughter of Abe no uchi no maro 阿倍内麻呂. He was famous as a waka poet.
Two of his final poems are included in the poetry collection Manyo-Shu 万葉集.
He was opposed to Empress Saimei and her son, Naka no Oe. He could not survive against his cousin and was therefore sentenced and strangled to death. 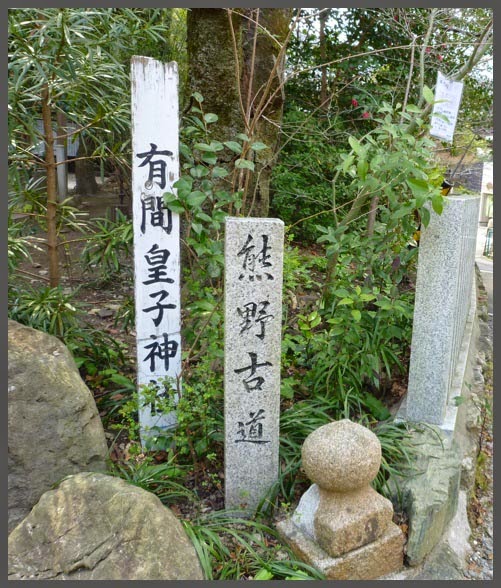 Arima no miko was hung at the Fujishiro Hill (Fujishiro saka 藤白坂) on December 17 , 658.
On the way to Shirahama Yuzaki to the execution ground he stopped on the way and took two pine branches to bind them together (musubi matsu 結び松).

I would like to visit this place
and look upon this pine again,
should I survive
Tr. kishu navi 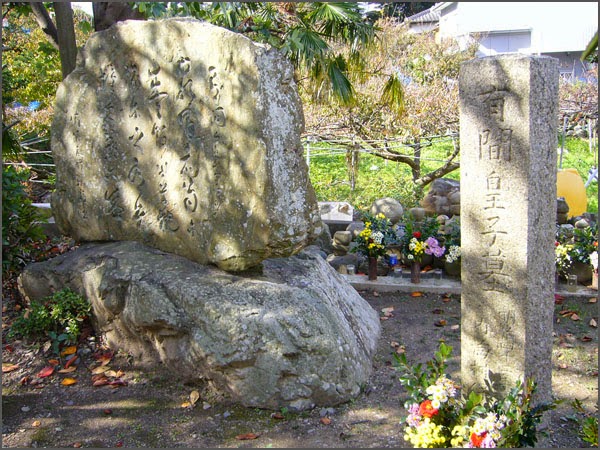 © More in the Japanese WIKIPEDIA ! 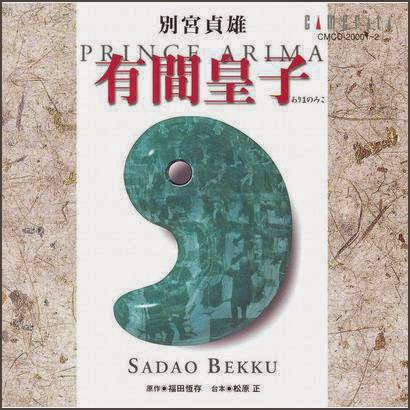 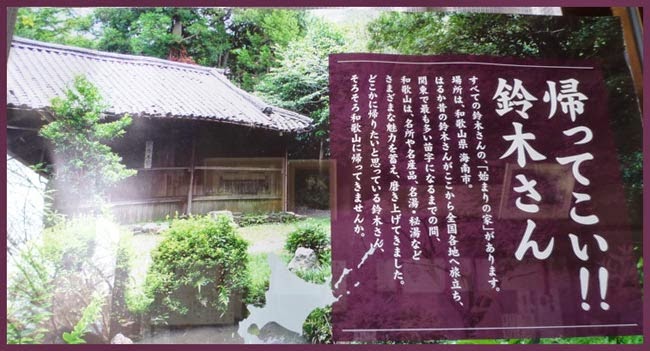 - quote
The roots of Suzumon
Suzumon is a time-honored Kishu brewery since 1838. We have kept brewing in Tanabe-city in Wakayama prefecture, where Nakahechi and Ohechi, two routes of Kumano Kodo trails, run through. Suzuki Souemon was our manager, who also contributed to developing a hydroelectric power plant in Tanabe city in Taisho era (1912-1926). His spirit of yearning for prosperity of his hometown has been passed down with his name Souemon as our Japanese company name.

The origin of Suzuki family is in priests who worked for Kumano Hongu Taisha shrine, according to records. The family moved from Kumano Hongu to Fujishiro in Kainan-city in 12th century, and the surname Suzuki spread nationwide as the belief in Kumano propagated. Fujishiro shrine in Kainan-city, known as the entrance to Kumano Kodo, is a venue of regularly-held “Suzuki Summit of Japan”, and it is famous as the shrine which Suzukis across Japan take a pilgrimage to. 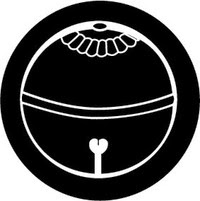 Suzumon Family Crest
The family crest of Suzumon shows a bell design that represents Kumano-Suzuki family. The crest comes from the bell called “Hon Tsubo Suzu” that is often used in a hall of worship in shrines. The bell was used to be put on a tall tree that took root in the ground where a new shrine was to be constructed and the tree was worshiped as a sacred tree. It is said that the sacred tree wearing the bell was called “Suzuki,” or bell tree.

Meanwhile, the family crest of Saika-Suzuki, known as “Saika Teppo-shu” (Saika gun troops in 15-16th century), shows the design of Yatagarasu(Japanese mythological big crow). This three-legged crow is believed to be a messenger of gods in Kumano Sanzan, or Kumano Hongu Taisha, Kumano Hayatama Taisha, and Kumano Nachi Taisha shrines. It is also famous for being used for an emblem of Japan Football Association and printed on the uniform of the national team.

Suzumon and Sake
Sake has been linked so closely to shrines that we have a common saying “sacred sake is offered to every god”. Since the gratitude and prayer for good harvest of rice are key elements of Shinto, sake, or rice wine, is essential for festivals and rituals. Therefore, it was common that priests brewed sake in shrines. By the early Meiji period, sake was brewed at shrines around Japan and this tradition remains in part of shrines today. The reason why historic breweries are often found in towns developed near gates of temples and shrines is that sake brewing was entrusted to professional brewers with the increase of production. In the past, they were placed near shrines maybe because preserving technology and logistics were immature.

Long-lasting sake brewing since ancient times is handiwork that predecessors respecting gods and nature have cultivated. Suzumon continues to dedicate our sake to Toyoakizu shrine, our local tutelary god, and Kumano Hongu Taisha shrine, which our ancestor has a link with, when the Rei-taisai festivals (regular rites and festivals) are held, cherishing our link with these shrines.
- source : suzumon.co.jp/en 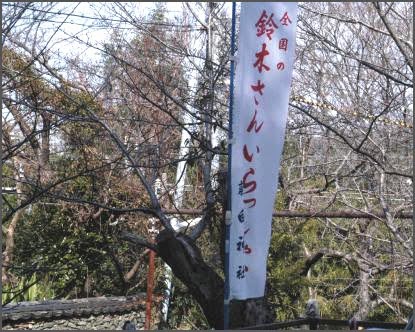 Sake 酒 for rituals and festivals