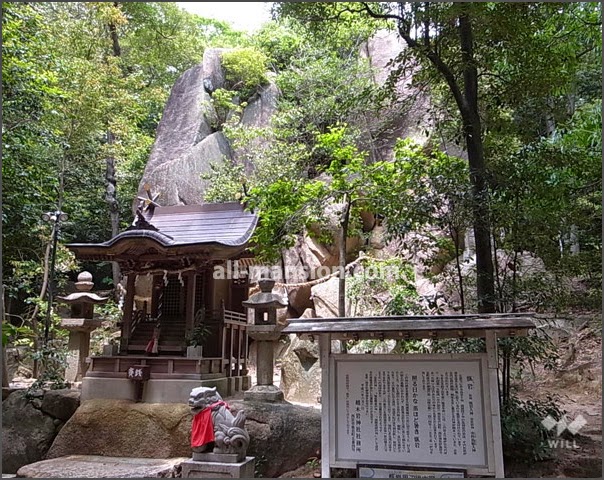 - quote
a Shinto shrine in Nishinomiya, Hyōgo, Japan.
The other name of this shrine is Ebisu Daijingū. The focus of this shrine is a megalith called 'Koshiki-iwa', literally, 'Rice Steamer Rock', because ancient Japanese thought the shape resembled a traditional rice steamer. The height of the megalith is 10 metres with a circumference of 40 metres. The grounds of this shrine also include an outdoor sumo dohyo and a stage, possibly used for kagura.

In the Engishiki, a document about royal ceremony in the Heian Period, Ōkuninonushi-Nishi-Jinja (大国主西神社) is cited; this shrine is believed to be today's Koshikiiwa Jinja. 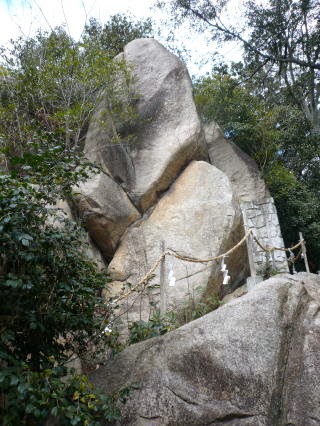 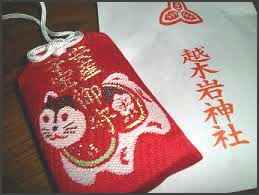 amulets from this shrine, for easy childbirth
click for more

- Homepage of the shrine
- source : www.koshikiiwa-jinja.jp

- quote
Koshiki-iwa Jinja Shrine
The 10 meter-high Koshiki-iwa Rock is the shrine's deity, and has been believed to be the god of pregnancy and safe delivery since a long time ago. The "great god Ebisu" of Nishinomiya Jinja shrine is also enshrined here, so it has been called "the northern Ebisu".

Two Okage-dance Ema Ebisu Daijingū that are displayed on the alter are appointed as a Material Folk Cultural Property of Nishinomiya and the woods around the shrine consist of Himeyuzuriha (teijsmannii) is designated as a natural treasure of the prefecture.
It was donated in 1831 in greatafulness of a pilgrimage to the famous Ise Shrine.
- source : nishinomiya-kanko.jp 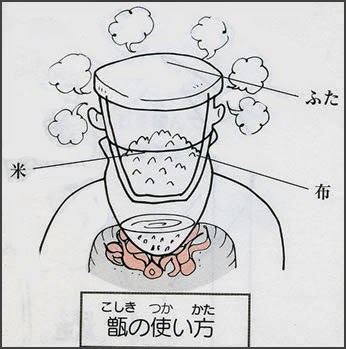 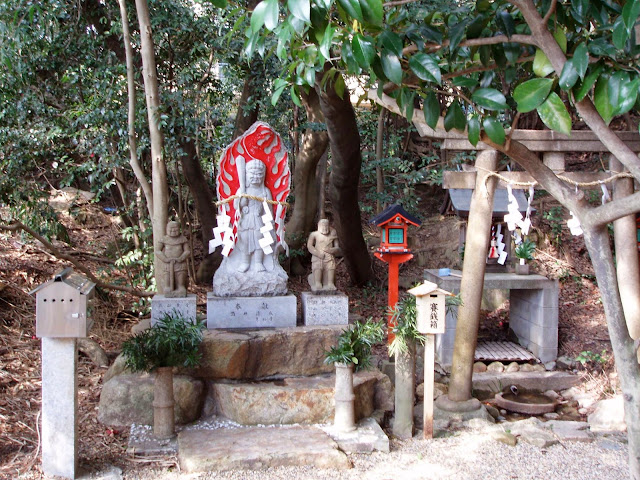 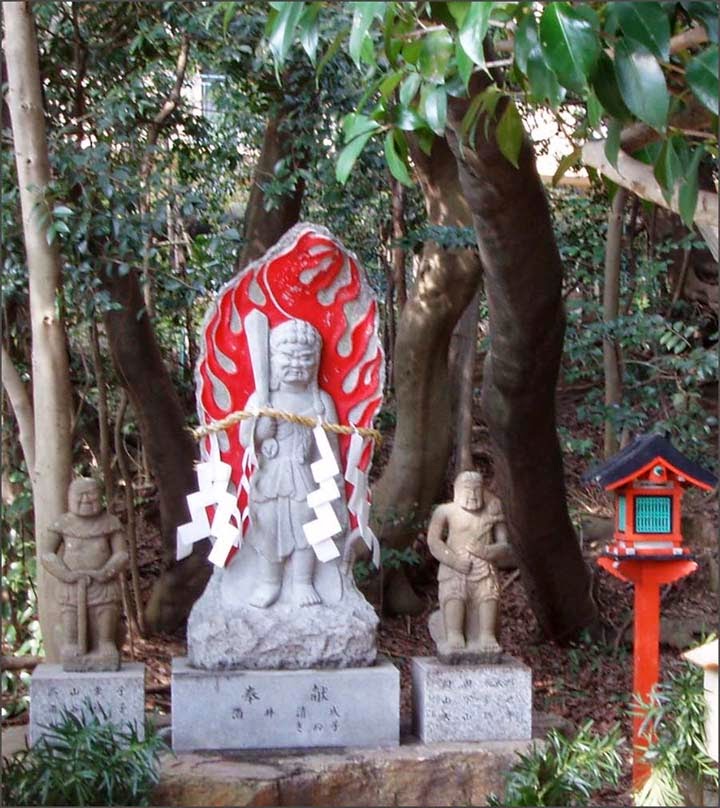 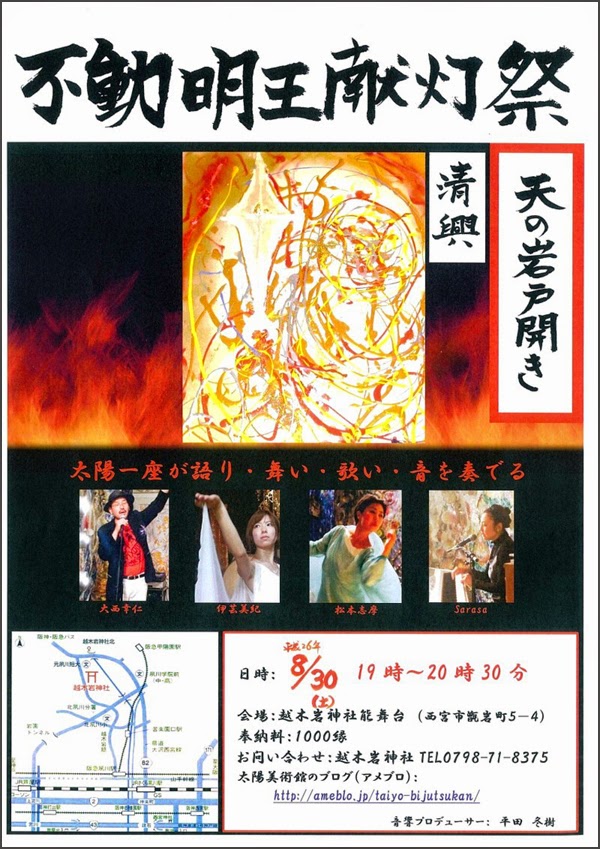 
- quote
Koshikiiwa Shrine (Nishinomiya)
A Mighty Megalith
. . . Despite the relative obscurity, Koshikiiwa is a place of intriguing folkore. The shrine’s origins are unknown, though there’s thought to be a reference to it in the Engishiki (927). The prime feature is an iwakura sacred rock, worshipped since time immemorial. The megalith is ten meters high, with a circumference of thirty meters. Walk round it clockwise in traditional fashion and you get a sense of the solidity.

The name Koshikiiwa translates as ‘Rice Steamer Rock’ since it was thought to resemble a traditional cooking vessel used in the making of saké. Rice in Japan is closely connected to fertility, which explains why the rock supposedly promotes pregnancy and protects childbirth.

The most famous anecdote about the rock connects with its rice steamer name. In the 1580s under Hideyoshi it was earmarked for use in the construction of Osaka Castle. Perhaps the idea was to bolster the castle’s defences with the protective magic of a sacred rock. Marks can still be seen that were made at the time, including a seal set into the rock to signify it was destined for the castle.

When Hideyoshi’s men came to cut the rock into pieces however, it emitted a poisonous gas that overcame them and they had to abandon the idea. The story suggests pressurised heat trapped beneath the surface, and perhaps there’s a folk memory of volcanic forces at work. Indeed if you examine the rock you’ll find a mysterious crack as if the result of compressed energy.

Rock worship
Further up the slope from the giant rock is an outcrop named Kitanokura, which could be translated as North God Sitting Place. The association of rocks with gods is strong in Japan, and some serve as goshintai (holy body) for the kami as in this case. If you ask shrine priests about the rock worship, they’ll simply tell you it’s an ancient custom and leave it at that. But what is the thinking behind it?

Shrine features
Though the rock of Koshikiiwa is the shrine’s pride and purpose, there are other items of interest too. It may strike some as odd, for example, that the main kami was installed by a Buddhist priest, but this was in 1656 back in the good old days before Buddhism and Shinto were artificially separated. It was shortly after the refounding of the shrine, though the elegant buildings that one sees now are relatively recent: the Honden was rebuilt in 1936, the Haiden in 1983.